The First Day of The Rest of Their Lives 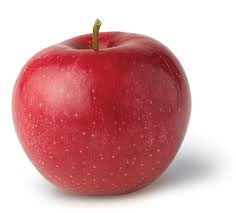 Every time I saw a magazine displaying the tag line “First Day at School – How to Make it Easier,” I bought it; utterly convinced I was going to read something of worth, hoping there would be a nugget of information within I hadn’t read before or thought of myself.  But it was yet another advice piece that didn’t deliver.

More common sense wrapped up as counsel about leaving out the child’s uniform the night before, getting everyone up a little bit early so there is no mad rush out the door at the last minute and giving your child a nice piece of fruit to ease them into their new experience.

I wanted information on how to deal with the child who makes like an ostrich and sticks his head firmly in the sand and blocks out the New Experience. I wanted guidance on how to discreetly and politely intercept people before they asked, “are you looking forward to big school?” when I know the thumb being shoved into his mouth is not only his way of self-soothing but it is also a stopper; his method of holding everything in.

How do you prepare a child for going from just 10 people in his class to 30 when he won’t know any of them?  What about the playground?  There will be no swings and slides in this one.  How was I going to tell him and watch him deal with the disappointment of it?

I knew he was stressed about Big School.  He hadn’t said as much but subconsciously he was fretting about it.

I had done everything the magazine article was suggesting.  He’d been to his open afternoon.  He had not one but two school bags to choose from.  He also selected his own “easy open” lunch box.

He was aware that his new school books would be arriving any day and he would get a chance to look at them. Then we would try on his uniform and get his very much coveted new runners and boring old black shoes.

I wanted my money back!

It’s almost a form of sensory over load and when it becomes too much for him, he removes himself from the situation.  He wouldn’t be able to do that in Big School.   I was dreading the inevitable day he would come home in the horrors because a class mate or even his teacher, commented on his thumb sucking.  He would be embarrassed and retire into himself.  He does not like it when people draw attention to him.

So I was thrilled when he asked me to tell him a story about school.   It was the perfect opportunity to describe everything to him. Big brother was present and all set to offer his two pence worth.

When I stopped him he insisted he had something of great importance to impart, something I neglected to tell him on his big day.

This was to wait until your teacher tells you it is time to eat and don’t just start eating your lunch yourself.    “Because you never told me that.”   See how they remember even the tiniest little thing?

So for Ways to Ease Them into Big School, sometimes it can be as simple as talking about it.  Don’t assume they know what to expect.

Make sure they know where the bathroom is.  What happens if there are three Spiderman bags?  Maybe stick a key-ring onto his.  What about their gorgeous new coat and shoes with the lovely laces?  It’s not a bad idea that they are able to manage their coat and maybe stick to the Velcro-ed shoes until they master the art of lace tying.

Yogurts?  I can still remember spilling the contents of mine and was left sitting in it all day.  What if they are too shy to approach the person they will come to call Teacher when they can’t open their brand new cartoon character emblazoned lunch box?

I think one of the most important ones is plenty of reassurance that you will be back to collect them.

And make sure you are not late.

There are lots of different ways to help ease them into their new environment and very hard to remember it all.

Every child is different.  Our oldest boy had nary a problem or worry about his place of education and indeed has gone on to make a very wide and varied circle of friends. Looking back, I had similar concerns when he started.

Like every other event I was apprehensive about, I found the reality of it easier than the perception and with a little dollop of luck, Big School for your child, won’t be any different.
Posted by Gwendy at 11:43