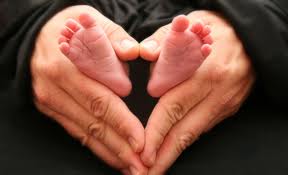 I hope that my child looking back on today
Will remember a mother who had time to play
Because children grow up  while you're not looking
There are years ahead for cleaning and cooking
So, quiet now cobwebs dust go to sleep
I'm nursing my baby and babies don't keep 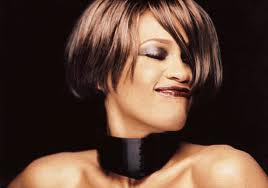 River Phoenix             31 October 1993
Princess Diana            31 August 1997
Dermot Morgan          28 February 1998
Corey Haim                10 March 2010
Amy Winehouse          23 July 2011
Whitney Houston        11 February 2012
Can you remember where you were when you heard the above had died?  I was watching some telly when my sister burst into the sitting room announcing River Phoenix had died.  She heard it on the 6 o’clock news.  It was Sunday morning and I was having a lie on in Mister Boyfriend’s (now Mister Husband) granny’s house when he woke me to impart the news that Princess Diana had been killed in a car crash.  Both he and I were on our way home from Cavan when the news was broken on the radio that our own Dermot Morgan had passed on.  I read about Corey Haim’s demise on the internet.  Our four Screecher Creatures were being christened when my sister came to our house shouting the news that Amy Winehouse was dead.  I waited for the punch line, thinking it was one of her jokes.  This morning a small person appeared by my bedside at 6am to tell me he’d had an accident.  I was loading the washing machine when Mister Husband told me that Whitney Houston had been found dead in her hotel room.  Oddly I haven’t stopped thinking about her all day.  I can’t claim to have been a fan, but I did like some of her stuff and I always thought she was beautiful.  I remember being transfixed by her in the video to “I Wanna Dance with Somebody.”  I was hugely impressed.  That hair, the mad 80’s make-up.  Then she appeared, heavily pregnant in the video “I’m Every Woman” with Chaka Khan.  She glowed, she bloomed, and she really was all woman.  Sadly in most recent years, she succumbed to drug abuse and it took its cruel toll on her.  We all have our demons and can only deal with them in our own way.  She was a mother, a daughter, a singer and a wife.  And for all of five horrible, vomit making seconds today, I thought Screecher Creature No. 2 was going to meet his maker as well.  Both he and his older brother have a strange habit of collecting those little sizing squares that fit on clothes hangers when we’re walking around a clothes shop.  They followed me into the changing room and as I was putting my clothes back on, I heard that awful choking and gagging sound behind me.  They probably heard me down town.  Tears were streaming down Iarla’s face and, half undressed, I shook him and slapped his back. At one stage I pointlessly, lifted him up and down off the ground, anything to dislodge whatever it was that was blocking his airways.  It was all over in about 5 seconds but it was long enough for Mister Husband and the girl outside to come running in.  Iarla was fine, highly indignant at the rough handling from his mother and a bit embarrassed with all the ruckus.  But I was sick.  I honestly thought I was going to puke.  Both with relief and fright.  He is at this moment in time, asleep in his bed, none the worse for his ordeal.    I hope wherever Whitney is now, she is at peace.  She had more than one moment in time.  Sleep well, Whitney.
Posted by Gwendy at 12:51 No comments: 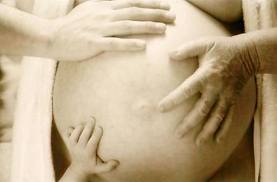