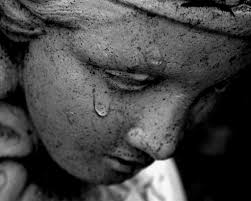 It’s all fun and games until someone starts crying!


“Hello?  Is that the Swop Shop man?  It is?  Good.  Do you swop boys by any chance?  Yeah, he’s four and a half years old.  Great!  He has red hair, just like his mother.  Does that matter?  Fantastic!  Ok, I need to swop my lad for a new one.  But he needs to be nice.  Not contrary and whiney.  I’ve used up all of my cross words with this boy see, and I’m afraid I’ll have none left for when the baby gets older.  No problem?  This is great!  Ok, so here’s the story.  I have recycling to do in the morning so can I drop my boy off at your shop on the way to do that and collect the new one?  How does that sound?  Will you make sure the new fella is clean and has his teeth brushed and all of that?  Yes, my chap is ready to be swopped.  That’s fine.  So I’ll see you in the morning so.  Perfect.”


That was a pretend conversation with a pretend man on my phone in a misguided attempt to get Oldest Boy, who, at the time, was only four and a half, to dry up.

He was young but not stupid and he certainly was not prepared to take my conversation at face value so he asked me was it a real man on the phone.  I confirmed that it was indeed a real man, and casually left the room.


Almost immediately there was hysterical, panicked crying and he came racing after me screaming, “Mammeeeee!”


I half laughed and stopped to reassure him that I was only messing and I’d never, ever swop him.  Or his brothers, no matter what they might do.  It took approximately two minutes to allay his fears that he was not going anywhere and a further two minutes for him to put the fright I had just given him out of his mind.


Then his life returned to normal.  I, however, continued to berate myself for the evening.


There have been times when I yelled at the boys because they didn’t answer me quickly enough.  I get frustrated because they’ve made a mess and I have just swept the floor. I am truly sorry for the days where I neglected to eat and as a result was short tempered and took it out on them.


It is not their fault, nor indeed do they care, that their parent is tired, cranky and needs a little time to themselves.  You are but a possession to them, a thing, a means to an end.


And in the midst of all the pressure we have to remember how important language is.  It is not what you say but how you say it.


In light of the recent disturbing childcare revelations, it serves as a reminder to us all, exactly how vulnerable our kids are.


Yes.  It’s all fun and games until someone starts crying.

Joy Pockets for May 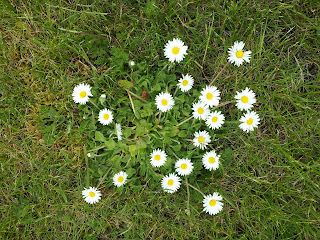 The weather still isn’t all that and neither is my running.  My 10k envy is growing by the week and I am still no nearer to reaching my target.  No matter, I am still enjoying, very much, getting in three to four runs a week.  The time is passing and pretty soon school will be finished for the summer.  Shortly after that we have our Summer Holidays proper to look forward to – a blissful week in Rosslare with family.  Can’t wait for that.  In the meantime, here are the lovely  joyful pockets that happened to me lately.

Making family shadows in the May Day sunshine 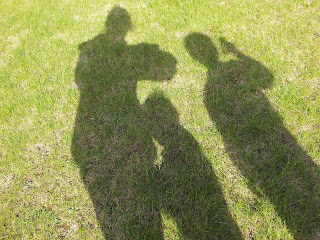 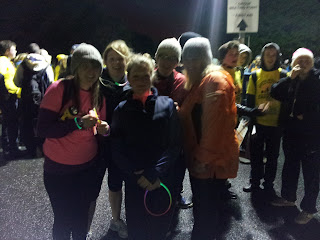 One of the boys finding a powder blue bird’s egg shell in the garden.  Even if the weather didn’t reflect it, there was new life somewhere very near. 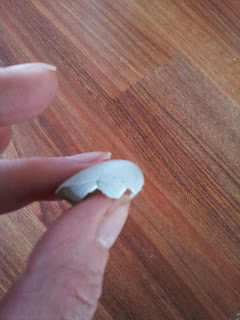 Walking down a busy street and seeing a starling chick literally fall from its nest above mine and Smallest Boy’s head.  The chick fluttered to the safety of the kerb and both of us watched, as he took his first, proper but stutter, flaps to the sky and off to safety. 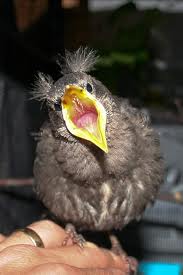 Watching the lads play for all of 46 seconds with a couple of tins of much wanted Silly String. 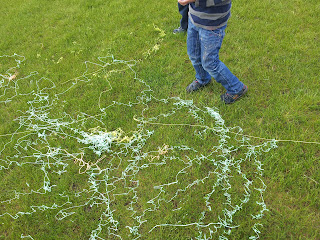 Curled up with Lovely Liam and Smallest Boy, watching the first twenty minutes of Pixar’s Up.  What a love story! 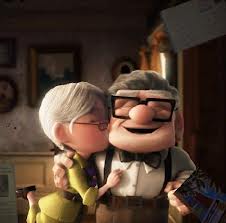 Finishing a really good book called The Herbalist by Niamh Boyce, an up and coming writer from my home town.  I am proud and privileged to have received a preview copy. 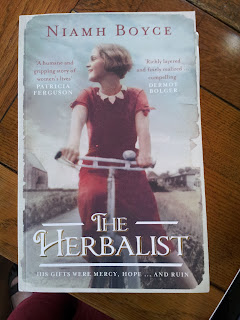 A bit of a yucky one but still a relief of sorts for me.  Smallest Boy was weaned off his plaster, his nail promptly fell off a day later and already there is the cutest, pinkest little shell growing back. 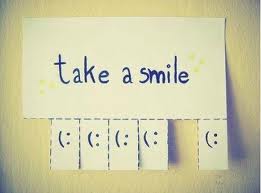 Baking ginger nut crunches, choux pastry and mini cupcakes all in one morning.  I love to bake. 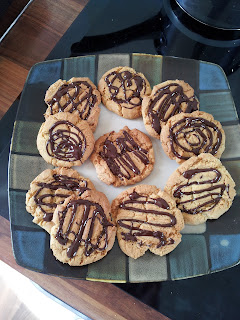 Here’s the shallow bit.  Finally sourcing a Max Factor Mini bottle of Intensely Plum.  This stuff just could not be found.  Every shop I tried in three towns had a little empty lane in their stand where the bottle should be.  Empty.  But now I’ve got it!  Or at least I will by the time the weekend is over!  I warned you it was a shallow one! 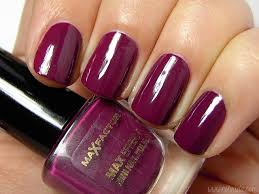 Being granted our GP cards by The Very Important People Who Make You Jump Through Fire Hoops In The HSE.  And discovering we are too wealthy to be granted the Medical Card because we are 21c a week over the limit. 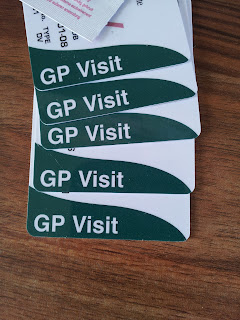 Coming home from a swimming lesson with the boys and feeling really Zen.  Every second week, funnily, seems to work like that.    They had a great time too. 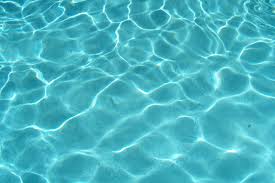 Making plans on the way home from the lesson to visit the new diner in town some evening after the pool.

And this, tonight, right now.  Because I’m fekin worth it! 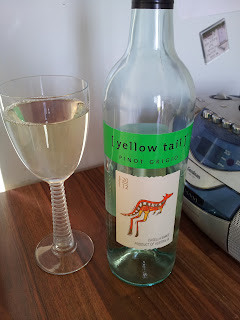 Once upon a time I despaired of ever having a decent night’s sleep again.  I went through two long, separate, periods where babies woke, religiously for the day at 4am.

I was fit for nothing and thought I would never see the end of it.

But of course I did.

Gradually, the light at the end of the tunnel started to look less like a train and more like a ray of hope.  Gradually it morphed into that new day and I ran towards it, arms outstretched and gradually, oh so gradually, clawed back some sleep and some me time.

But when I was in *that place* it was very hard to see the light.

These days a midnight wee wee request from a small child is a lot more than manageable and I consider a 6.30am wake-up call a lie on compared to previous times.

On Saturday 11th May 2013, however, I willingly set my alarm clock for precisely 2am.

Because you know, when you need a small person to wake you up, they won’t oblige.

I was setting my alarm in order to make it to the Phoenix Park, Dublin for the 5th annual Pieta House, Preventing Suicide and Self Harm Crisis Centre’s 5k walk/run which took place at 20 locations over the country.

Men, women, and small children of various ages, began to gather as early as 3.30am at their chosen location to remember those gone too soon through suicide.

As part of a crowd, almost ten thousand strong, it was a sobering and very humble experience.

I didn’t chat to anyone there but I have eyes.

Some people had pinned images of their loved ones to the backs of their t-shirts.  Couples walked hand in hand and some with their arms wrapped around each other.

At the registration tent, the word “Hope” was spelt out in flickering tea lights and dozens of pictures were pinned to a noticeboard.

In spite of the sombre cause, the mood was upbeat.  The weather was cold, it was dark and the rain kept threatening.  But nothing was going to stop this crowd.

As we set off the song from the loud speakers to send us on our way was Iz Kamakawiwo’ole’s Somewhere Over the Rainbow.

If you looked behind you, and indeed ahead, a trail of yellow stretched as far as your eye could see. People carried torches and glow sticks in a symbolic gesture and we walked in darkness towards the light.

It was after 4am.

This same week 16 year old Donal Walsh from Kerry lost his battle with cancer.  Donal, diagnosed with cancer at the age of 12, was an anti-suicide campaigner who sent a message to his peers with the words, “when times are difficult, reach out, there is help there.”

He is being hailed as someone who has had more impact than any politician.

The ability to help is in us all and there is no doubt that Pieta House are doing great work.

This is the message they put up on their Facebook page today.

I think we could all practice it. 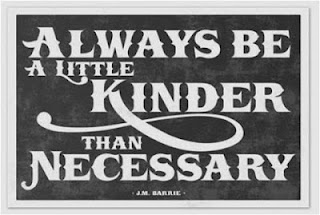