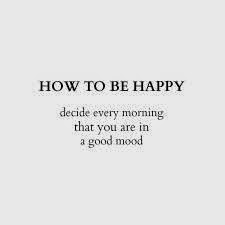 Mindfulness seems to be all the rage at the moment.  Interestingly enough Mister Husband and I had a chat over the weekend (or rather, I did all the talking and he listened) about how we are living in a fast and furious world.  Everything has to be now and no-one has time anymore for the simple things in life.

That’s what mindfulness is; finding the calm and stability in our busy lives both for ourselves and with others.  Trying not to sweat the small stuff, taking a large(ish) step back and seeing.  Really seeing.

It all sounds so New Age and faddish but when was the last time you stared off into space and genuinely blocked everything out.  Even if it was only for two minutes before someone brought you back down to earth with a demand for sandwich or a request for help with homework.

Without even realising it, you were practising mindfulness.  You were so lost in the moment that you zoned out.

Some people practise mindfulness by meditating but if I am to be completely honest and speaking solely for myself, that isn’t something I can get completely on board with.  I am going to trot out the usual “I don’t have time” excuse even though you can, with a bit of practise, mediate several times a day for as little as five minutes at a time.

I do like the sound of meditation but I think in order to be mindful, we need to find something that works for us as an individual rather than what the magazine article or Facebook page dictates.  I think that’s the neat thing about it; it isn’t a one size fits all model, mindfulness can be tweaked and adapted to suit your own needs.

Let’s be upfront about something.  When you’ve got small kids it can be almost impossible to finish a cup of coffee or visit the bathroom alone.  Trying to be mindful in an allocated space of time can be farcical to say the least so here’s my take on it. 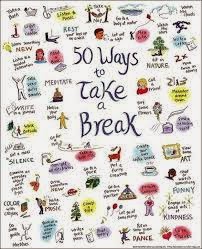 I think it can be as basic as enjoying the simple everyday things.  So, what are the things you enjoy on a daily basis?  Those few minutes first thing in the morning when you wake up but want to stay there just a little bit longer?  That stretch before your feet touch the floor?  The first cup of coffee of the day?  Maybe it’s that half hour alone before the kids wake up?  Your eleven o’clock coffee?  A glass of wine with your evening meal?  Reading the headlines when the kids are in school?  Using a favourite moisturiser after a shower?  Going for a walk or a run?  A cappuccino after the school run?  Your favourite soap on TV?

The list is endless.  But whatever it is you enjoy doing, take your time and really enjoy it.
And make sure you take that time for yourself. Every day.  Not just when you can fit it in.

Only you can mind your mindfulness.
Posted by Gwendy at 12:12 9 comments: 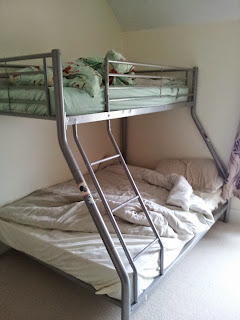 Parenthood brings a lot of unwanted guilt.  Again, why didn’t I read the small print before signing up for this?

Guilt because you’ve lost patience and maybe snapped (okay, yelled) at your child.  Guilt because they asked you for a small treat in their lunch box and because it is not treat Friday you had to say no.  Guilt because you were just too damn tired to run a bath for four kids so they went to bed with dirt under their fingernails.  Guilt because there was only enough milk left for the morning and no was said to a bed time hot chocolate because you really really didn’t want to get in the car and drive to buy more.

Bedtime guilt is one of the bigger ones, I feel.  It is the end of the day and energy levels are not so much low as almost completely and utterly depleted.  Bedtime becomes a rushed affair.  No you may not have something to eat.  The toothbrushes are lined up, pyjamas in separate piles and water bottles filled.  Rush, rush, rush to get a pyjamas on a child who needs assistance and another who is just so slow it drives you crazy and pushes your patience to the limits.  A request for one to wash their face and hands and when they refuse rudely you tussle with giving out to them or suddenly suffering from selective hearing because it’s just not worth a meltdown at 8pm of an evening.

Then there are the shenanigans that happen when they finally troop upstairs.

“I want you to read the bed time story.  Daddy can’t do the posh voice for Reginald Rake.”

“I need you to give me a carry.  Mine legs are asleep.”

And on it goes.

I honestly believe a decent 10 minutes spent with them at tucking-in time, reaps massive benefits. But sometimes I just don't have the energy and I'll admit these are the nights I take a glass of wine up with me.  Arrest me now!  But as long as they get their "mammy time" at bedtime, it mostly, usually, sometimes sees them all asleep in about 10 minutes.

Other times one of them will, without fail, reappear in about ten minutes looking for a drink or cream to be rubbed in somewhere or to tell me a fascinating detail about Xbox.

Sometimes the four year old can be heard thundering about as he enjoyed a decadent three hour nap earlier on that day and is wide awake.

But two out of four really do fall asleep in approximately ten minutes and as long as I’ve got my ear phones plugged in and the thundering about isn’t too thundering, I can ignore it all.
Mostly.

But the guilt of it.  The guilt gets me every time.  I'm at home with my lot all day and I still feel guilty if I don't put them to bed.