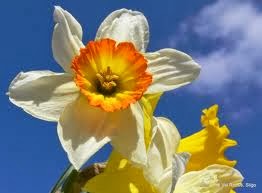 www.cancer.ie  Smoking is the single biggest risk factor for lung cancer and is a contributory risk factor in a number of other cancers.

From the beginning smoking was a cool thing to do.  It was certainly branded as being that way.  Gerry Collins, the face and voice in the current HSE stop smoking campaign (link to ad) said so himself on the Ray D’Arcy show Monday 13th January 2014.

“It was cool to smoke.  [sic]  Pure cool.  [sic]  I don’t recall any negative press.  Even if you recall all the movies, all the Hollywood movies, all the superstars.  They were all out there just smoking cigarettes, promoting it, glamorous, sophisticated, cool.  Do you know what I mean?”

Gerry Collins, the former Dublin footballer, has been given just months to live having being diagnosed with terminal lung cancer.  Ironically Gerry had overcome throat cancer in 2008 and participated in the HSE’s 2011 Quit campaign.

On November 21st 2013, The Irish Times published an article in which the Irish were found to be near the top of the OECD (Organisation for Economic Co-Operation and Development) table when it comes to smoking.

A more recent report in The Irish Examiner, January 18th 2014 stated that those who do not smoke but are exposed to second hand fumes face an increased risk of stroke.  All of this is according to a major US government report.

Irrespective of which continent you light up in, I think it can be agreed across the board everyone today is aware of the dangers of smoking.

In light of Gerry Collins and the effect his story is having I spoke to several people who were good enough to answer my questions about why they ever started smoking in the first place.

In the first of a new series entitled Smoking, I would like to introduce you to my first participants. 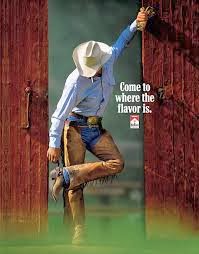 What do you smoke; cigarettes, roll ups or electronic cigarettes?
“Roll ups.”

How old were you when you had your first smoke?
“14. Me and a friend stole cigarettes from our parents and grandparents.”

What influenced you to take that first cigarette?
“Because I wasn’t allowed to.  Smoking was illicit.”

Did your parents know you smoked?  How did they find out?  What was their reaction?
“They found out about 6 months later.  My mother smelled it from me and also discovered my stash at home.  She confronted me about it and explained how hard it was to quit once you started and I was too young.”

Did your parents smoke?  Do you think their smoking had an influence on you starting?
“Yes.  No, I don’t think so as the vast majority of people smoked at the time anyway. “

What do you think about the current HSE non-smoking campaign with Gerry Collins?  Do you think it will have an effect?
“I haven’t seen it but I have heard Gerry Collins speaking.  I have seen snippets on YouTube.  It’s an excellent ad.  One of their better ones.  And I think it’s great that it’s a real person.  He reminds me of my mother who died of lung cancer.”

What about packaging?  Do you think this is encouraging people to smoke?
“It doesn’t encourage existing smokers.  But packaging would have influenced me as a child.  An American brand was introduced at the time I started smoking and every young fella wanted a pack because they were linked to cowboys.  Today there is less advertisement of smoking so not encouraging in the same way.”

What are your thoughts on the more graphic images on the packs today?
“I hate them.  I hate them.  I don’t like the idea of my children being exposed to the images.  I don’t think they are particularly effective in stopping people smoking but maybe they work on a sub-conscious level.  I have regularly sent back the image of the guy with the cancerous tumour on his neck in favour of the shrivelled apple.  But the kids have asked me questions particularly about the pictures of children – the ones with the young baby and the boy on the oxygen mask.”

What would you say to someone today who is thinking about starting smoking?
“Don’t.  The same thing my mother said to me.  Don’t.” 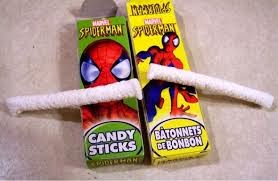 What do you think about the current HSE non-smoking campaign with Gerry Collins? Do you think it will have an effect?

“It doesn't really affect me.  I think it might frighten people off the smokes for a short period of time and then they'll forget about the ad.”

Why do you think you never smoked? Did your friends? Did you experience peer pressure to start?

“I didn't really hang around with anyone that smoked so I was never pushed into trying it.  I think I was in school around the time people started to realise that smoking wasn't "cool".   I would rather spend my money on something else.”

What do you think about the smoking ban in pubs?

“I think it's good, at least it gives the people that don't smoke an environment where they don't have to be subjected to the fumes. Most good pubs have a smoking area outside to accommodate the smokers. Having said that I usually end up out in the smoking area anyway because that's where everyone seems to go!!! Kind of defeats the purpose really!” 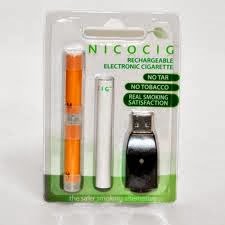 Today there is a smoker’s alternative available.  Otherwise known as the electronic cigarette which enables people to enjoy smoking, or “vaping” as it’s known, without the harmful effects of tobacco smoke.

Already concerns have been raised in relation to its safety but a lot of people believe it is better to “vape” nicotine than inhale it directly.  Much the same as those who chew Nicorette gum view it is advantageous over smoking.

How old were you when you first started to smoke?

Do you regret it?

What do you think of the electronic cigarette?

“It’s a good alternative to other things available on the market for those who are trying to stop smoking. I think it's good for certain individuals who don't mind the artificial feel and look of it.”

Do you find it good?

“It worked for a while, but I think that was mostly because I wanted to stop. I didn't enjoy using it, and had a few slip ups on nights out.”

Is it helping you to quit?

“I don't use it anymore.  I had a few over Christmas but stopped come New Year and haven't had one since, without using the E-cig.”

Do you enjoy smoking either the real thing or the electronic?

What would you say to someone who is thinking of starting?

What does your girlfriend think of your smoking?

Is she happy that you are “vaping?”

“Yes.  She thought it was a good idea while I was doing it to keep me distracted from going back to the real thing.”

Today You're My Favourite 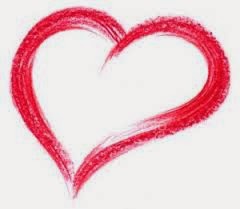 Because I know you have a hard time saying “love ya” so you yell “I LOVE YOU FOREVER” when I buy you a magazine you weren’t expecting.

Because you very nearly always knock me over with one of your fierce rugby hugs.

Because when I wake you in the morning, you always wrap your arms around me for a sleepy hug and then ask me for brown bread.

Because you always say thank you when I give you something.

Because you have amazing bed head hair and tell me you will “mind” me.

Because you love to show me how far you can swim under water in the pool.

Because you ask me for a hug and a kiss and if I don’t respond quickly enough you lift my arm to wrap it around yourself.

Because you are my squish.

Because you come to me when you get a quiet moment to have a chat about something that is bothering you.

Because you hand me a picture with a love heart on it and say it’s your heart for loving me with.

Because you are so good with your little brother.

Because you make me laugh with your never ending stream of made up jokes.

Because you love to help by peeling carrots for dinner and making the pancake batter.

Because you have a voracious appetite for reading and all things scientific and of nature.

Today you’re my favourite because you are my oldest, my youngest and my two boys in between.

Put the Glass Down


I found this by chance when I was browsing on line and I thought it was quite clever.  Like most simple things are.  Now all I have to do is remember it.

“A psychologist walked around a room while teaching stress management to an audience. As she raised a glass of water, everyone expected they’d be asked the “half empty or half full” question. Instead, with a smile on her face, she inquired: “How heavy is this glass of water?”

Remember to put the glass down.” 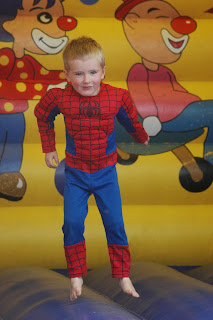 This day 6 years ago, our second boy came into the world at 9.30pm.  An hour and a half after reaching the hospital.

Born on New Year’s Night.  Not the best time in the world to be born.

Having a December birthday myself, I spent much of my youth trying to figure out if it sucked or was a blessing in disguise being born so close to Christmas.

He’s not doing too badly for himself.

He has had a family birthday celebration already and he will do it all over again with his school pals in a couple of weeks.

To mark his 6th birthday, he very kindly allowed me to interview him.

Allow me to add in the odd photo of him growing up as he answers his questions.  I would like to start with his very first picture ever, taken when he was approximately twenty minutes old. 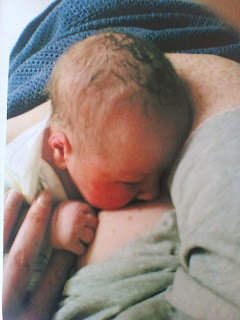 What is your favourite animal?
Great white shark.  Because he has sharp teeth and can tear down prey.

What is your favourite food?
Apples.  But my teeth are falling out and a bit sore so I don’t eat them now.

What is your favourite game?
Lego Lord of the Rings.  It’s on my Nintendo DS 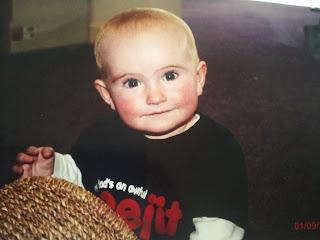 What is your favourite thing to do?
Play with my brothers but not all the time coz sometimes they are a bit mean.

What was your favourite holiday?
When we went to Rosslare.  Because there was a beach.

Where is your favourite place to go?
Swimming.  I love that place! 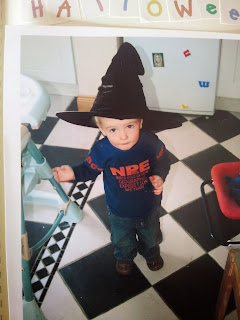 What is your favourite restaurant?
I think Barry’s.  (J-1 Cafe in Emily Square, Athy)

Where would you like to go on holidays?
To Legoland. 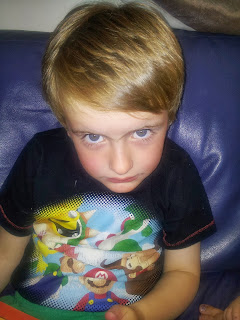 What makes you happy?
When you are around.  (I swear I did not prompt him on that one.  But I may have wanted to cry when he said it.)

What makes you sad?
If someone whacked me.

What do you want to be when you grow up?
Maybe a scientist. 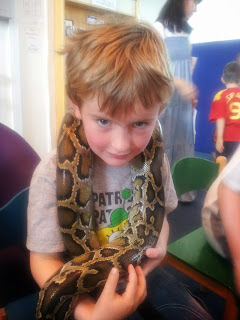 If you had one wish, what would you ask for?
I would ask for a big motorbike!

What does your daddy work at?
In an office.  He does jobs for other people to get money.

What does your mammy do all day?
Makes dinner.  And stuff. 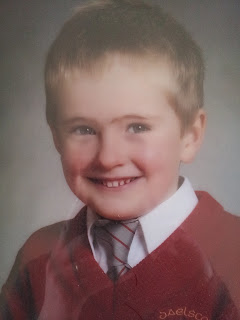 What are you most excited about doing this year?
The summer because we can play with the sprinkler. 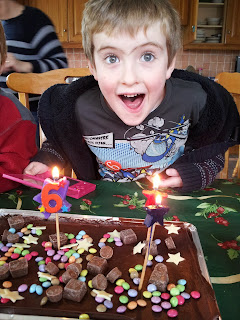