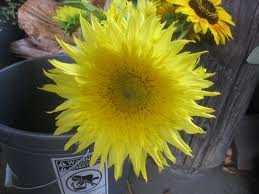 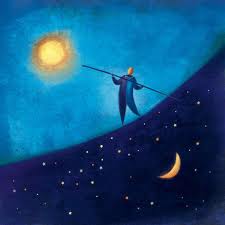 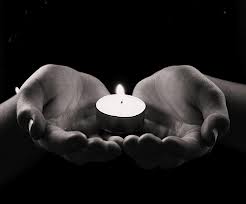 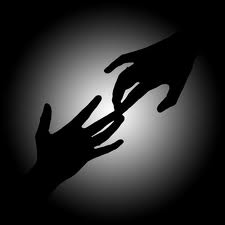 I am talking, in particular, about Big School and our second son starting.

Any time it was mentioned, even in passing, he put his cross face on, the thumb went in and he curled up on a chair somewhere to shut out the world.

I tried not to talk about it much, and whenever it came up, it was all done positively, with great enthusiasm and reminders about how he can have his very own birthday party this year.  He had his graduation from Montessori and when he was asked if he wanted to go in for one morning a week during August, he said he did.

He went with no issues but reports were coming back to me about how quiet he was and that he seemed to be in bad form.  It had to be the thoughts of big school I told myself.  I couldn’t see any other reason for it.

Again I didn’t talk much about his going but soon it was a week away and we had to start the countdown.  The uniform had been tried on - by his own instigation and he seemed pleased enough with himself. There was a smidgen of excitement about getting new runners and his nana had given him a brand new school bag.

The day before Big School started back I had a lump of concrete in my chest.  I came close to tears several times from stress and was dreading the next morning.  Not for him starting school but the manic mornings and their return.  Somehow it seemed easier when there was only one of them to get ready for school.  Their school day was also starting ten minutes earlier which made me think of how getting out the door for 8.30am previously, to make the bus, was a struggle most days.  This year I have opted for doing the school runs myself as I still have to take them to the bus stop anyway.  I feel I may as well take them the whole way in.

As I kissed them all goodnight that evening, I reminded Iarla that there was school in the morning.

“Am I not going to Montessori?”

Oh, crap sticks!!!!!  The lump of cement hurtled towards my stomach.

Fully prepared and waiting for a howl of shock, I decided the best course of action here was to come clean.

“No, Iarla.”  I was almost whispering, begging that he wouldn’t freak out on me.  “You’re going to big school in the morning.”

There was a seconds delay and then the breath was squashed out of me as little arms reached up and grabbed me around the neck, pulling me down to hug him.  Was he delighted?  Shocked?  In fear?

But he was grinning.  I could feel it.

I pulled away and sure enough, he was all smiles.  He even looked a bit excited!

I hardly dared hope and being the pessimist that I am, I told myself the morning could bring a different reaction.

The tension and concrete block were still there alright but the boys seemed bright enough.  All good so far. And it got better.

He couldn’t wait to get his uniform on and he was the first one in the car waiting for the others.  Walking towards the school gates, he was yards ahead of us at all times.

We got into the classroom and he found a seat he liked the look of pretty quickly.   We got his name tag from Muinteoir Maire Dolores and he got back to the box of stickle bricks on his desk.

I couldn’t believe it.  Not a tear.  From either of us.

I checked that he knew where the bathroom was and he told me he remembered from “the last day.”

We put his school bag underneath his seat, I kissed him, reminded him I’d be back to collect him and I left.

When I picked him up at midday, his words tripped over each other in order to get out and tell me what kind of a day he’d had.

“Sit down with me, Mammy and I’ll tell you everything.”  Words such as those never left his lips before, even when he visited Santy land and I didn’t go.  Even when he had his grommets fitted and I didn’t bring him.

Mistake number one from me:  I asked him what he did in the playground.  If you think you won’t like an answer, don’t ask the question.  “I walked round all by myself, Mammy. I didn’t know what to do and then we had to go back in.”

You can imagine the picture I had in my head when he told me that.

“I nearly cried too, Mammy.”

You know the way your heart feels when your child says something like this?  I had to hear more.  I was compelled.

“How did you stop yourself?”

“I did this, Mammy.”  And he rubbed his eyes furiously with his fists.

I was in bits!  But he was on to the next item on his agenda.

There was a small complaint.  I didn’t give him enough food for his little break.  He didn’t have the same as “all of his friends.”

I resolved to remedy that the next day: tracksuit day.  He was very eager to wear it plus his new flashing lights runners.  There was the same half walk half race approach to the school gate as the previous day and I spent even less time with him in his classroom before I left.

For the last two years he has had to watch his older brother come out of that school every Friday with a lollipop in his hand and the delight on his face when he ran out to meet me, clutching his own.  I despise lollipops and the destruction they wreak on teeth but this was a very special day.

I couldn’t leave it alone over the weekend.  He seemed so happy and content in his new environment.

The hour in between school pick-ups was lovely as he had me all to himself and was able to tell me all about his day without his older brother being present to join in.  He almost seemed like a different child.  He was stringing sentences together as fast as he could, words tumbling out of him, eager to talk and share his day.

And then it hit me.

Maybe he was actually ready for this step.

Maybe he was ready to move on from Montessori and to a new challenge.  To make new friends, to broaden his horizons a little bit.

Maybe he was bored over the summer, bored at Montessori especially as his friends had moved on and he was there by himself.  Maybe he was actually enjoying this new challenge.  It is his own place.  Away from me, away from Conor.

This time I am glad I got it wrong.  Glad my boy proved me wrong.  There was even a modicum of annoyance when he realised it was Friday and school was out for the weekend.  A very good sign indeed.  But at lunch time on Monday, there was talk of a different nature.

Were you ever sorry you asked a question?

“How did you get on today, Iarla?”

The concrete block was back.

“When you left.  Muinteoir came over to me.  I can’t remember what she said.  I cried for a little bit and then I cried again.”

Jesus, don’t be telling me this!

“And I was by myself in the yard.  A boy wouldn’t let me play football with him.”

If there was there ever a time for time travel, it was then.  All I could say to him was that it’s ok to miss me and it’s ok to cry too.

“I know, Mammy.  Lots of us were doing it today.”  The thumb was in, he was looking out of the window and had moved on to something, somewhere else, his acorn, the one he had forgotten to bring home on Friday, clutched in his hand.

Sometimes I think there should be lessons for parents in how to cope during times like this. Suppose I’d better get used to the comings and goings of that cement block.  As long as it gets chipped away, I won’t hold too much against it!