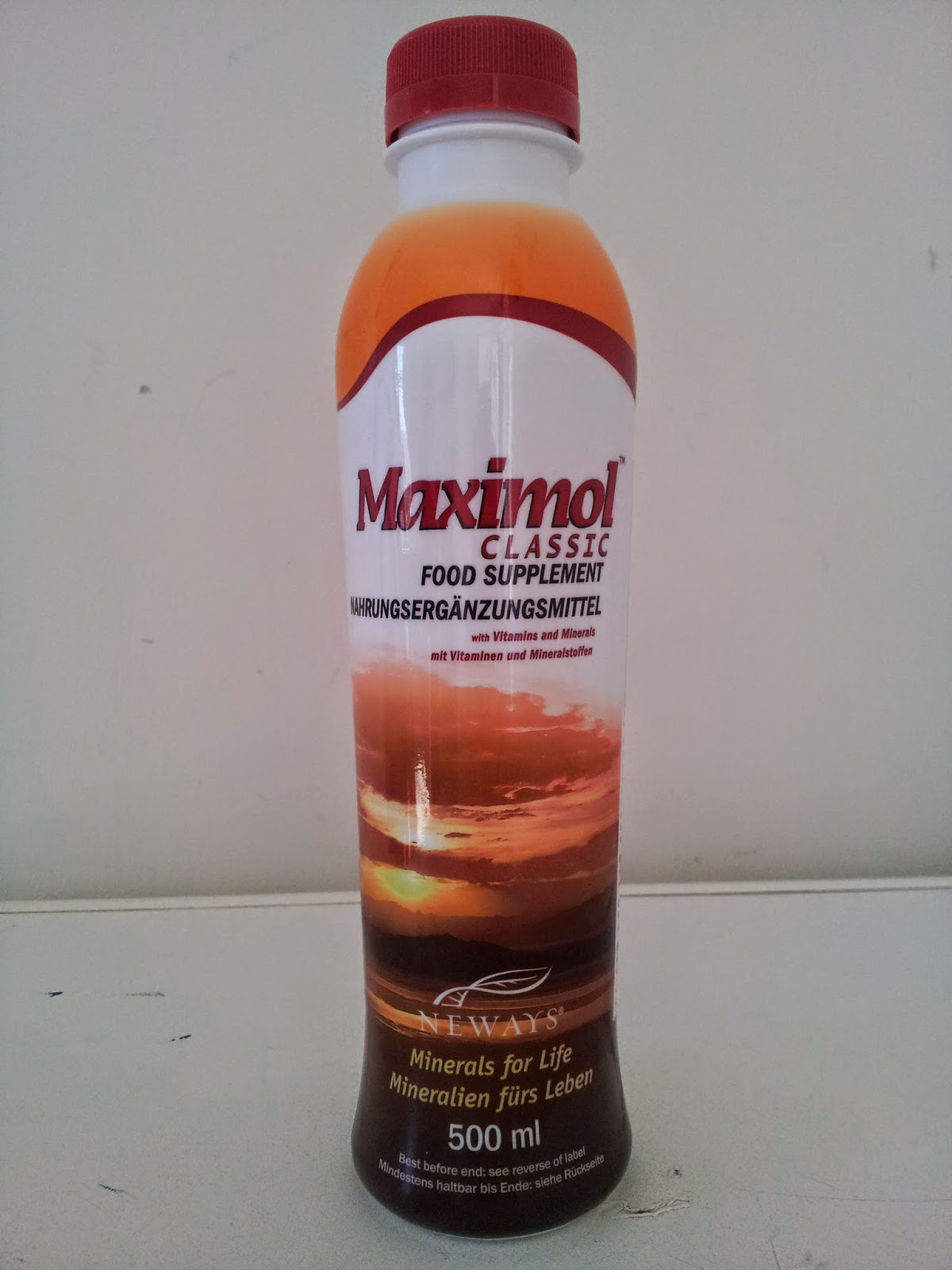 I have suffered with cold sores all my life.  There are school photographs of me grinning manically at the camera and bearing the most awful looking chapped lips.  Cold sores happened along in my teens and I was treated to them regularly from then on and well into my twenties.  When I was pregnant with our first child I suffered one after the other for about a month until I discovered I was with child.  For the next three pregnancies all I needed was tingling teeth plus a tingling lip to confirm the happy news.

Regular and reoccurring breakouts of cold sores can be a sign that your body is lacking an essential amino acid called Lysine.  The body cannot manufacture this so we depend on it from food.  Taking Lysine supplements can help rectify this deficiency.

But once the blister has formed there is nothing for it except to wait the bastard out.  It’s gross, it’s downright painful and horribly unsightly.  I was so embarrassed and self-conscious about my breakouts.

Thankfully the virus calmed down in my thirties and my attacks are less frequent today.  But they still occur.

Imagine my horror and upset when our eldest child started to suffer.  Looking at his toddler pictures, he had one or two even back then.

The guilt I felt upon realising it was me who passed on the virus knew no bounds.

Sugar is his main trigger.  I know following certain times of the year, Halloween, birthday parties, Easter and other sugar filled festivals, he will be sporting a cold sore within five days.

He made his First Holy Communion recently and I was Minding Him.  I needn’t have bothered.
Sods law saw to it that one appeared three days before the day.  I didn’t know whether to be delighted or incensed when the photographer airbrushed the offending blemish from his school photo.  (I was delighted!)

We discovered a fantastic cream that helps speed up the recovery process a great deal.  It is called bio-propolis and available in your pharmacy or health food shop.

Then verruca’s put in a very unwelcome appearance.

I had one myself when I was in my late teens but didn’t know what it was.  After a couple of months of increasing discomfort, I stuck a corn pad onto the lump on the sole of my foot.  It stuck hard and fast and offered immediate relief.

Then something odd happened.  The skin around the corn pad started to lift and everything came away – including the verruca and its dangling roots.

Now both of my eldest boys are sporting verrucae.

My sister in law who is a podiatrist, enlightened me about a product she has been recommending to her clients to treat this nuisance.  She has received fantastic feedback regarding repeated success.

This product is called Maximol.  A liquid food supplement renowned for boosting the immune system.

Adults take 15mls daily and children over the age of 4 take 7.5mls.  It is a thousand times more palatable if taken with a good splash of orange juice or whatever your preferred morning juice might be.

I decided to join my boys in the taking of this magic elixir.  We are heading into our third month now and at €35 per 500ml it ain’t cheap BUT oldest boys verruca has kind of turned inside out.

To explain.  It is not like a hard lump anymore but has sort of burst open.  So sorry for the graphic description but a verruca is essentially a wart that grows from the inside out.  And it has reached its out!!!!

The second boy’s verruca has taken off at a rate of knots and is looking like it will need its own passport very soon.  It has definitely “blossomed” at a much faster rate than his older brothers and I am putting this down to him starting the Magic Elixir sooner rather than later.

I am hoping for a death knell with oldest boys within the next month.

And in other news where Maximol is concerned.  Because I have been taking it with the boys I can report that my sugar cravings have been noticeably weaker over the last two months or so.

PLUS we ran out before the Easter holidays and I haven’t been able to replace it as of yet.  As a result I have developed the nastiest, biggest and scariest looking cold sore in YEARS on my chin.

Maybe it is a coincidence but I am attributing this alien appearance on my face to the absence of Maximol.

It is an ongoing experiment but so far I like what it is doing.  And I plan to continue to use it.
Once the boys’ verrucae are healed they will stop taking it but I most certainly will continue to.  Especially over the winter.

****   With three of us partaking of 500mls we get approximately one month per bottle.

***** If you or other family members have a verruca please note they are highly contagious.  Little shits!     Don’t share towels or walk about in bare feet.

****** It is rumoured that if you starve the verruca of air, it doesn’t like it.  So get cracking with some heavy duty Elastoplast or duct tape and tape it down.  Filing the pesky thing with a piece of emery board keeps it in check too.

******* I have read (and heard) that verrucae are a feared of banana skin.  If you feel like a little experiment, stick the teeniest tiniest piece of banana skin, white side down, onto the imposter as you sleep.

******** It is also rumoured that over half of verrucae go away of their own accord within a year.


FOOTNOTE:  This post has been sitting waiting patiently to be published for over a month now.  In that time, one of my boys can report a disappearing verruca.  It is all but gone.  Our local pharmacy was unable to supply us with Maximol for a month due to low stocks from the manufacturers.  Three weeks on, there is a huge improvement in the verruca.  I am expecting it to be gone completely by the end of the month!
Posted by Gwendy at 03:20 1 comment: 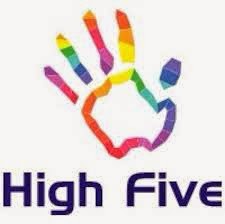 On this most auspicious week in June it has come to my attention, not for the first time, I have much to be thankful for.

First off your health is your wealth springs to mind immediately.  Okay so my back doesn’t wake up for a half an hour after the rest of me these days but a regime of running, a 30 day ab challenge and some morning stretches is either going to cure that or make it much worse.

‘Course I am going to scoop that 12 million lottery jackpot tonight and I won’t give a fiddlers about my back or my abs.  It will be all about the spending.

Secondly school holidays are just around the corner.  For the last couple of years I have dreaded and embraced them in equal measures.  They are going to be great and they are going to push me over the edge.  But I am taking wine for that so I should be grand.

My third high five sees me arriving at a conclusion with the help of a small person.   For the last few months two of our boys have taken agin school.  One is in primary school and has, god love him, no choice in the matter.  The other chap is luckier.  It is only Montessori and there are all of three weeks left till he finishes for ever and ever amen.  Both boys have experienced different but equal amounts of stress and distress over their respective schools.  A teacher and a principal have my older sons back and I have decided to listen to my gut with the other.  He doesn’t need to go to school if he doesn’t want to.  Hopefully this decision will put an end to the sudden 5am wake ups and the constant “is it school today?” questions from the night before, to the early wake up and through the remainder of the day.  The older boy I fear, will need gentle assistance and some positive guidance but we can work on that in September.  After I check out some resources and chat to a couple of people.

No. 4 covers school reports.  These arrived today and made me smile and glow with pride.  Formal education is important but I focused on the social aspect of their reports.  Whilst I disagreed somewhat with one report and wondered if all the impromptu meetings and phone calls were just an out of body experience, Oldest Boy’s didn’t surprise me at all.  He’s grand. More than and I hope he continues to grow, to learn and enjoy his education.

The big five.  A phone call I have been waiting for since Easter has finally come through.  It will involve some “s- blend” speech therapy.  It’s been a bit of a pain and ongoing since January with the revelation that we needn’t have spent a single penny.  But what’s done is done and I am expecting great results as he was flying with the private sessions.

And finally.  The Leaving Cert began today.  Thank god that part of my life is over.