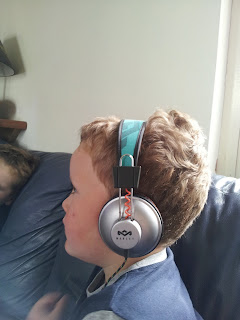 Anyone can give advice but not everybody has good advice.

I have maybe half a dozen little gems that stayed with me over the years in relation to motherhood.

My mother in law once told me to pick my battles.  At the time I was suffering from a severe case of first time mother-itis and mentally scoffed at that one.  I wanted and intended to win them all!

A doctor told me to never doubt myself as a mother; if I feel something isn’t right; always get it checked out.  He also said boys can be labelled as trouble makers in school when in actual fact, they are hard of hearing and cannot hear an instruction.

I took special note of that one, especially having four boys.  Two of which have had grommets already inserted for glue ear.

Now we are going down the same road for a third time.

Lovely Liam has been hard of hearing for a while.  In the beginning it was funny and cute when he told the dog to “shit” when he meant sit.

After a while our ears became attuned to his particular language and we translated for others.

Sometimes I hadn’t a clue what he was saying.  His words ran together without a beginning or an end, just a mad jumble of nonsense, making perfect sense to no-one except him.

I became frustrated at times as did he.

This week I notice I seem to be talking to him like he is an overseas visitor who doesn’t speak the language.  Or a bit slow.  It’s not on.

He is such a jolly, sociable, trusting little soul he deserves not to be spoken to like that. It is not respectful.

But I like that he is not due to start school for another year so he will be “fixed” well before then.

Lovely Liam is booked in to get his “new ears” Wednesday week.  We have had a little chat about how he is not actually going to have his existing ones removed (chopped off) and new ones attached in their place.

I’d better stop threatening to Cut The Legs Off Them I think.